A History of Faith 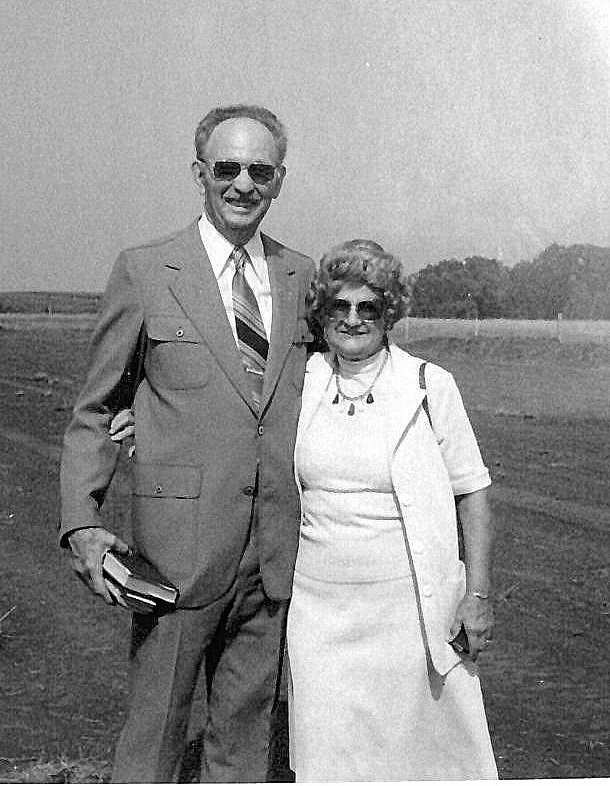 Peace Christian Reformed Church was founded in 1978 by 77 charter families seeking to establish a conservative Christian church based upon Biblical principles.
Initial services were held in the local school auditorium, but little more than year later services were being held in the sanctuary of a new church, the Rev. Tenis Van Kooten (pictured with wife Jan) presiding. Peace CRC was built on the north edge of Menno upon land donated by Gideon and Adella Mettler. Soon after, the busy congregation added a spacious four-bedroom parsonage nearby.
Our membership became affiliated with the Christian Reformed Church of North America.

Initially the church was a member of Classis Iakota, a governing subgroup of the CRC, but in recent years switched to Classis Minnkota, a group of mostly rural churches whose memberships are similar to our own.
Classis Minnkota serves portions of South Dakota, North Dakota, Minnesota, Michigan and Wisconsin.
Peace Reformed Church is in the process of seeking a full-time pastor. In recent months the church has been served by Interim pastors Bill Vis and Bernie Dykstra.

The Pastors of Peace Christian Reformed Church of Menno

Pastor Bill and wife Betty are helping Peace CRC as our church seeks a new full time pastor.
Bill has served 38 years as a Minister of the Word.
A graduate of Reformed Theological Seminary, Jackson, Miss. and Calvin Seminary, Grand Rapids, Bill was ordained in 1982 has served churches in South Dakota, Washington, Alaska and Alberta, Canada, to name just a few stops.

The Vis's next assignment will be in Arizona, and we wish them well.
Bill officially "retired"in 2010 but since then he and Betty have accepted 14 interim assignments.  "We go where there's a need," he said. "We're happy to serve."

A Shovelful of Commitment 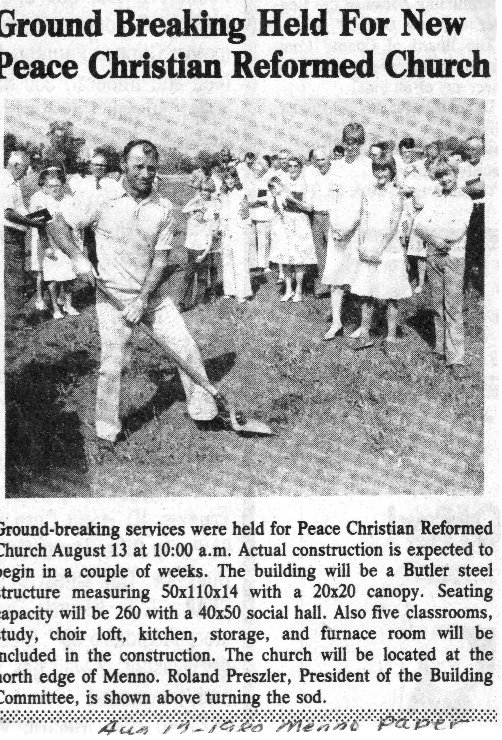